Our new study on the dispersal dynamics and ecological drivers of the African swine fever outbreak in Belgium has been accepted for publication in Journal of Applied Ecology. In this study, we present and apply a novel analytical framework that uses occurrence data to investigate the impact of environmental factors on the wavefront progression of epidemics and biological invasions. 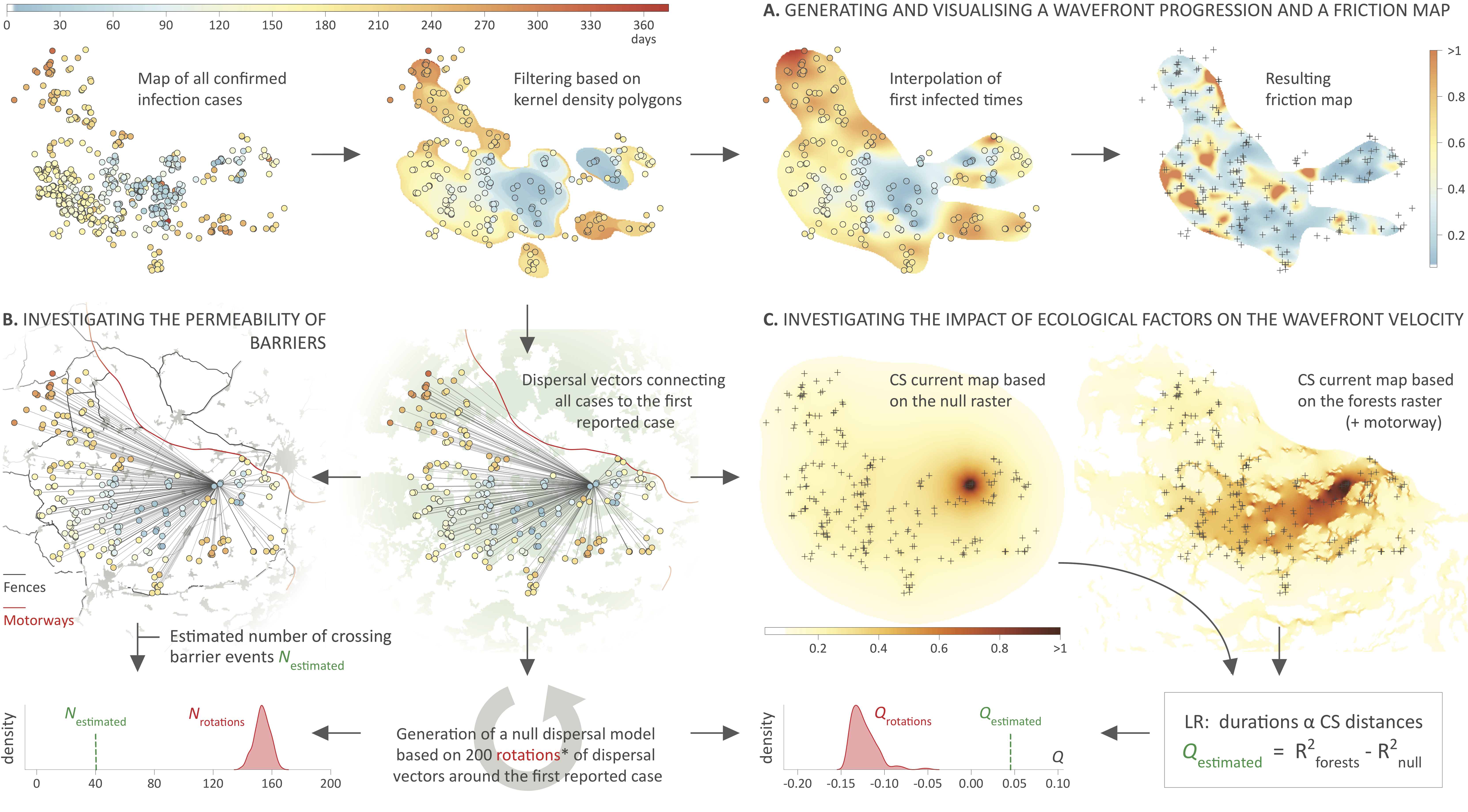 African swine fever is a devastating disease of domestic pigs and wild boars caused by African swine fever virus (ASFV). ASFV originates from sub-Saharan African countries. In the last ten years, the virus left its endemic range to spread to eastern Europe and Russia. On September 2018, Belgian authorities reported that ASFV had been detected in two wild boars in a southern area of the country. One year later, no domestic pig has been infected and the last ASFV-positive wild boar has been confirmed mid-August 2019, suggesting that the outbreak is now controlled. In total, 827 positive cases have been reported in wild boar populations. In this study, we present the application of recently developed methods to quantify the local wavefront velocity of an invading epidemic. In addition, we develop and apply a novel analytical framework that uses occurrence data to investigate the impact of ecological factors on the dispersal dynamics of a wavefront progression. Our analyses highlighted that the network of barriers, involving installed fences, had an impact on both the effective dispersal as well as the wavefront dispersal velocity. Furthermore, we also demonstrated that the wavefront progression was slower outside forest areas. Together, these results have concrete implications for potential future ASFV epidemics in similar regions. Overall, the methodology has the potential to be quickly applied on similar outbreak data sets solely made of occurrence data, with key benefits for the epidemiological investigations of external spatial factors impacting pathogen dispersal across non-endemic areas. Our analytical workflow could also be further applied to investigate the impact of ecological factors on any kind of biological dispersions (pathogen spreads, invasive species).